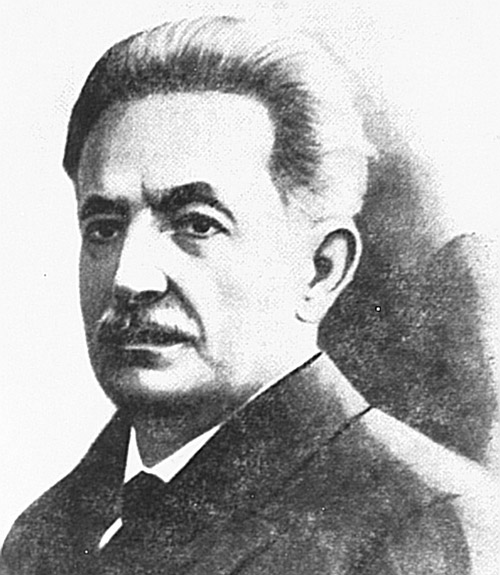 In his memoirs, Ioan Slavici also writes on paper a few lines about Sătmar and our lands, as they now looked like in the second half of the 19th century.The great writer first landed at Satu Mare in 1868 to take his „maturity exam”.And that’s because he showed up late for the exam in Arad.How does Slavici describe the old Satmar and our lands?I propose that we let him bring before our eyes the images of a world long gone but which once awakened from the precipice of the past comes to take away our moments as we walk through the rows so masterfully laid by the hand of a writer so tried in the handling of the buccaneers.

It seems that our Satmar was not an ordinary place for Slavici, given that the name of these lands appears several times in his writings.

„Things had come so for the 8th grade exam I showed up in Arad too late, when the others were taking the maturity exam.I ran to Timisoara.Too late.I was directed to go to Satmar.I also went to Dobrecen on the railway, and from there with the diligence to Nyiregyhaza and Carei.

The satmar was then a Hungarian city of about twenty-four thousand inhabitants, of which few Ruthenian and still fewer Romanians.The Greek Catholic archpriest, Father Bran, was a Romanian language teacher.After I got my degree of maturity, one of the brightest parts of my youth followed: I did that by walking, so alone, the long road from Satmar to home.”All this happened in 1868, when Slavici took his „maturity exam” at the current National College „Mihai Eminescu” Satu Mare.About the times spent in Vienna, Slavici says that he met Eminescu who „was one of the most zealous members of society (it is about the Academic Society” Romania jună „) and its secretary”.Here’s what Slavici writes about the circle of friends that surrounded the great poet, among whom we find the later priest, Vasile Lucaciu.

„But it was a small circle in which I saw him every day, calmer people like Vasile Bumbac and Grigoroviță from Bucovina, Stamati from Bessarabia, T.Nica from Brașov, Dr. Maier, D. Barcianu and some time I. Bechnitz from Sibiu, Tancu and Ciocan de la Năsăud, V. Lucaciu from the parts of Satmar, N. Oncu from Zarand, I. Hosanu of Mureş, I. Neagoie from Blaj and Caragiani from Macedonia, young old men who had for him a condition more than collegial and which he did not put in line with the others”.

Also in his volume of „Memories”, Slavici writes about Romanians from the parts of Maramures, Cluj, Bihor and Satmar.”In Maramures, in the parts of Satmar, in Dej and in Cluj, in Salagiu through Bihor, in Arad, even in Banat there were also such Hungarian ized Romanians and especially Hungarianized Romanians, but now they stop and emerge everywhere with the less Germanized, with whom they cannot understand, or work together”.

This is how Slavici describes our city and lands in the pages of the book „Memories.The world I’ve been through.Human deed. Articles”.The prose writer’s memoirs were collected between the covers of a volume that saw the light of day in 1967 at the Publishing House for Literature.What else could be added? I don’t have the power to decide.What if there are other writings born of the great writer’s feather in reference to the parts of the Satmar?Hard to say.Perhaps some chronicler of the coming times will come across some dusty manuscript, covered by the corner of the times, on which he will also find the name of this city.But until then, I close Slavici’s „Memories” between the covers of the book and let the readers dream of the times when the writer stepped on these lands.